He got back into bed.  But he couldn’t sleep.  He kept on imagining noises from the walkway—and the front door.  Then he realised that there were noises. Somebody was tinkering with the lock.  What the fuck!

He leaned over to Cody and whispered in his ear, “Wake up, love!”

Cody turned over and grumbled sleepily.

“What?” said Cody, sudden alarm in his face.

“There’s someone trying to break in.  At the front door.” 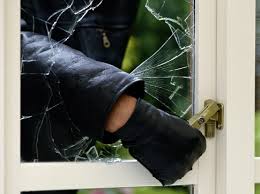 “What shall we do?” asked Cody, his face white.

He was put through to the police and told the dispatcher what was happening.

“We’ll be there as soon as we can,” the dispatcher promised.

As he disconnected, he heard the front door open.