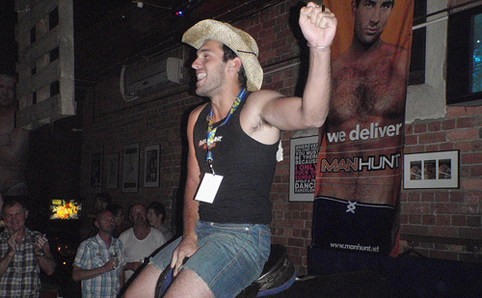 At the concert, Luke managed to get through the piece without too many mistakes.  Even to Esmé’s jaundiced ear, his playing sounded better than it had that morning in their house.  The audience, mostly music students and their friends, well aware just how hard it is to play the French horn, applauded him warmly.
Afterwards, she, Luke and Keith went to the pub down the road.  They took a table on the pavement and ordered coffee.  Esmé had introduced the two men directly after the concert and had watched with increasing dismay as they circled to each other like two toms.  The two people most important to her simply had to be friends.  Almost as if they sensed her feelings, they both made an effort at the café, and became more relaxed.
“I work at The Lord Grey,” offered Keith.
“Yes, I think I’ve seen you there a few times.”
“I’ve prolly seyn ya too, but there are so many customers.  Unless you’re a regular …”  Keith apologised.
“No problem.  I don’t go there that often.”  But Luke looked disappointed.  He found Keith nice-looking, and rather sexy.  But then he found almost all men attractive.
Keith glanced quickly at Luke and then smiled, “Bit of a hot-house really, isn’t it?  All those precious flowers.  And everybody trying to find Mr Right and in the end settling for Mr Right Now.”

Episodes 1 to 260 (without pictures, 10 episodes per chapter